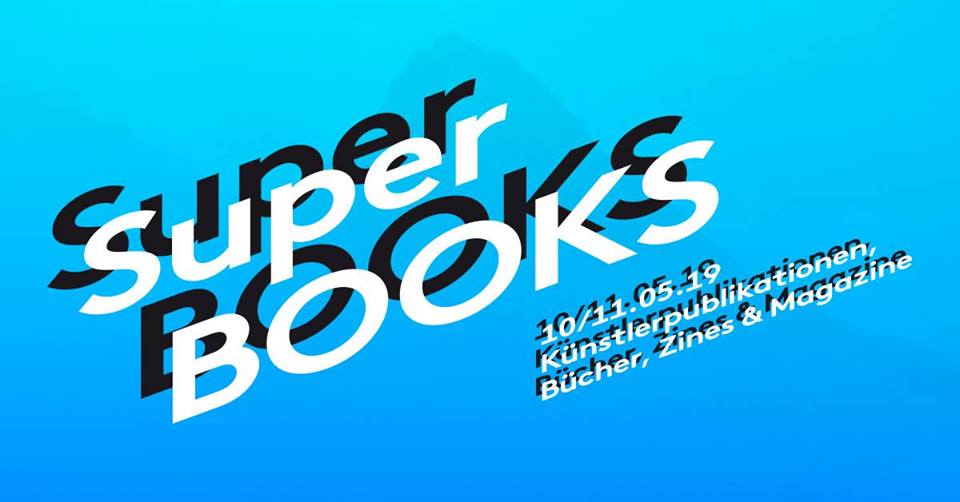 Within the Super Books event at the Haus der Kunst, we are proud to exhibit artistic publications and e-zine by talented artistis from Maastricht.
You’ll have the chance to discover the work of
Vera Gulikers, Miriam Sentler, Sanne Vaassen, Anne Büscher, Tetsuro Miyazaki, Joep Vossebeld, Nowhere Collective, Eleni Kamma Chen Jhen and Nathalie Brans.
Join us:

About the event.
With “Super Books”, autonomous artist publications will be presented on a larger scale in Munich for the first time. Over two days, more than 50 artists*, designers* and alternative publishers* will be showing their productions in the terrace hall of the Haus der Kunst.

“Super Books” follows the tradition of independent, individual places that have been formed since the 1960s in the context of the international post-avant-garde art scene for artists’ publications and their reception. It is no coincidence that artists’ publications are also an expression of the emancipatory intention to democratize art and its market and to establish new communication and distribution networks.

Information about the books 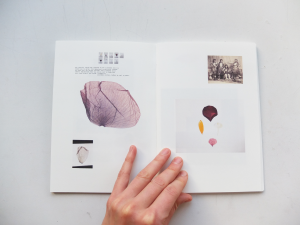 Sanne Vaassen, X
“
For ages flowers have been used as carriers of messages for cultures, religions and nations. These symbols have been developed, interpreted, taken over or adapted and forgotten continuously.
These hidden stories are illustrated in this publication in which text fragments from findings are combined with images from the flower industry, art history and pop culture.” 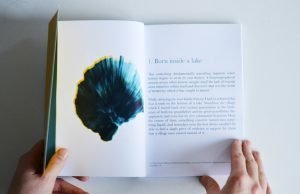 Miriam Sentler, The transience from villages into lakes’

The transience from villages into lakes’ : a 90-pages book combining the story of my grandfather’s excavated birthplace with a series of new, site-specific work.
“The publication is telling the story of the changing of matter and landscapes, and questions what happens to memory when the site it was attached to no longer exists. “ 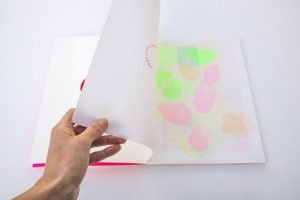 ” Threadingbook: A ton of OOOs is a combination of photographs of painting- and material tests for new work; and an historical overview of a selection of forgotten or underexposed female artists. This overview is featured in the layout of Honor and Flemming’s book A World of Art History. The art historical texts are extracted from Wikipedia, thus a patchwork text assembled by multiple authors.”

Artist Chen Jhen explores identity through food – or, more specifically, food culture. Chen has been studying how people in the Netherlands eat in an effort to epitomize the “Dutch life”. In her projects “Amsterdam Lunch” and “Maastricht Dinner”, shown at the Van Eyck Open Studios in March, visitors were invited to watch an “Amsterdam Lunch” recreated through screens displaying a Taiwanese performer as he acted out a script created by Chen; she based the scenario on her notes documenting and observing how and what people in the Netherlands eat. 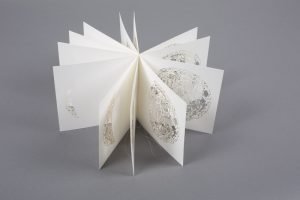 A book about the comet of Halley which appears in the inner parts of the solar system every 75 -76 years, the last time it was visible was in 1986 . The original book has been bought in a thrift store and used it as material to make a new book. Out of some of the pages I cut out circles and dots and created movable solar system like parts on other pages in the book.

“It’s quite a simple book in fact. I was wondering if there were limits to what I could draw and if (and how) I could make an image of something that is beyond my understanding, but also part of daily life: a mother-daughter relationship. Something that I (as a son) could never fully experience or understand. The first drawing I made was of two similar glasses on top of each other, transparent but physical, as a symbol for this relation. Then I decided to make more drawings of glasses, hoping to grasp through these drawings a bit of all the kind of relations we can have with people, but which are hard to explain in words only. The use of of a broad range of techniques and styles was a necessity to visualise this.”
Joep Vossebeld, May 2019

“The book shows a compilation of my research for the project (imitation) Marble.
The research was partly done in Rome where I recognised that imitation marble is often combined with ‘real‘ marble. The book examines different forms of marble, the relation between original and copy and expands the interpretation of the material borders.

The stately stone appears as raw material, decorative element, graphic technique, photographic representation, and as a pattern. The project puts into question what we conceive as original, and what as imitation. Furthermore it focuses on the value of materiality. I find very interesting is how the value of ‘things’ can shift and change through context and time (history).”

“With this book the way of using material in ceremonies and the way of using material in art and design encounter each other.
I visited Japan for a two-month research residence in October and November 2016. As part of my residency in Japan, I researched ceremonies and the work of craftsmen, involving precise and delicate gestures in order to find the perfect composition. Personal experiences, observations at nine traditional Japanese ceremonies and nine workshops of craftsmen and designers draw an image of the sensibility for the potential of materials and for their placement in space.

The project Borrowed scenery is named after a Japanese garden design principle that incorporates a background landscape into the composition of a garden.

By (re)arranging a compilation of my works and found objects within a scenery, I am exploring the ambiguity of the objects by showing different versions and parts of a whole.

Both, traditional ceremonies and contemporary artistic practices rely on material which is transformed by an action. The material is a (metaphorical) vehicle for meaning. Therefore every practice that uses material for a functional or expressive outcome uses a combination of tradition and originality or crafts and innovation.”

“We are a young collective of artists, curators and writers, based nowhere but being here and now, at least temporarily. Reaching out from the depths of the post-graduation limbo, we came together to build a platform for contemporary art – an island carried on the waves of the internet, in a drift through the yet uncharted territory of art.

Living in the time of seemingly unlimited freedom, in fact brutally restricted by practical constraints, we decided to communicate our work primarily through an open zine – an alternative for the white cube tailored for the digital era. From time to time, our efforts will spontaneously materialise in the form of an exhibition, a debate, and others. We aspire to be more than a mere musée imaginaire by creating a (virtual) space for the development of new art projects, based on the principles of mobility and openness.”


Enlever et Entretenir is an artist’s book by Eleni Kamma, made in collaboration with designer Salome Schmuki and artist Orla Barry. Enlever et Entretenir develops the idea of an in-between space through the format of a book. It examines how words and images can coexist and create meaning by disrupting it; how they make sense by seemingly letting meaning collapse. The book follows the format of a 1950s photo collection book titled Entre Escaut et Meuse [Between Scheldt and Meuse], in which images and textual descriptions of plants, animals and human activities coexist. In Enlever et Entretenir, the coexistence occurs between gaps, empty spaces and various cultural descriptions and representations of nature, both historical and newly invented. In-between the visual stimuli, the rhythm of perception is interrupted by four manuals that examine the qualities of Number, Shape, Position, and Proportion and their relation to description via Linnaeus’ taxonomical theories. Kamma’s work investigates possibilities for a future architecture that activates rather than tolerates “other” positions. She explores persistently the inherent gaps and contradictions within existing cultural narratives and classification strategies. The book disrupts the canonical production of meaning within and via the synchronous appearance of words and images, researching the relation of the cliché, the banal and the stereotype to the formation of history and the fabrication of identities.

Hāfu2Hāfu is an ongoing worldwide photography project exploring what it means to be hāfu – a person with one Japanese parent. Japanese-Belgian photographer Tetsuro Miyazaki has interviewed and portrayed fellow Japanese hāfu, with a parent from nearly 100 different countries. The 120 people in this book do not answer questions but ask them: each hāfu poses a question to you, the viewer. With these questions, Hāfu2Hāfu is creating dialogue and stimulates self-reflection about identity, so that we can find answers of our own.