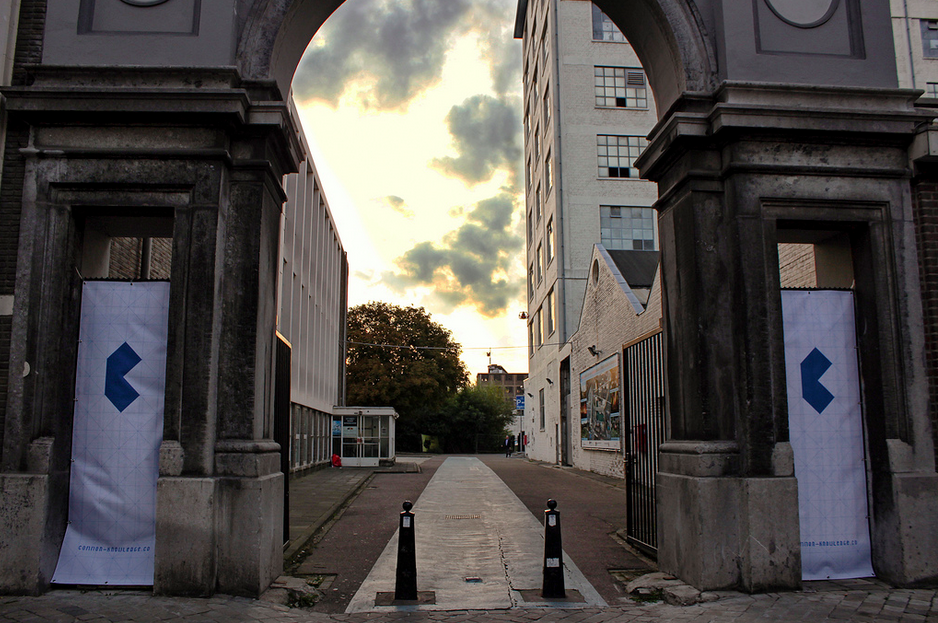 Common Knowledge Edition #1 took place at the office building of Belvédère Maastricht. Belvédère is actually the name of a borough in Maastricht, which is also used as a name for the plan to reconstruct an area in the north-western part of the city: Plan Belvédère. The whole district used to be an industrial area since the end of the 19th century, but in the last decades lost its importance as an industrial location. Most buildings used to be empty or were used for other purposes. In the coming months the characteristic ‘Eiffel building’ (the former Koninklijke Sphinx factory) with its ‘crowned’ rooftop that overlooks the city, will be reconstructed. There are many plans for the area surrounding the old factory building such as the relocation of the Lumiere cinema as well as the Toneelgroep Maastricht to the Boschstraat. The Muziekgieterij is now located in the old Timmerfabriek as well as Bureau Europa. In April 2014 the Affordable Art Fair took place there.

Have a look at the new website of Belvedere with many interesting facts and figures, interviews and information about the future plans: belvedere-maastricht.nl