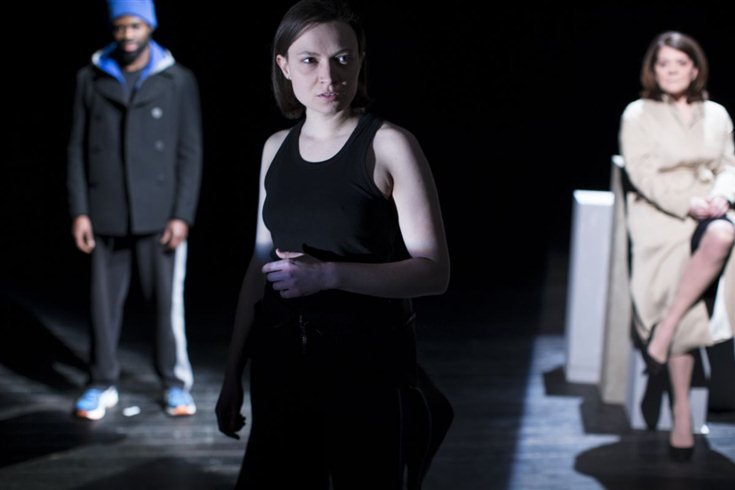 Can you tell us a bit abour yourself?

I am Gable Roelofsen and I am the co-founder of the music- theatre company “Het Geluid” which refers to “The sound”, even if the translation does not transmit the exact meaning. We started by investing in innovative theatre performances, in unorthodox places such as empty buildings and hospitals. We started on a low budget and that proved to be crucial for our survival, because when other big theatre companies suffered from the art-cuts of 2012, we adapted well in the light of our experience in making ends without extensive costs. We work as an autonomous group in Maastricht, developing work independently and internationally. For instance, we collaborated with the Dutch Touring Opera, produced and implemented theatre performances in the hospitals of the cities that the Opera visited. In this occasion, we re-enacted Bach’s music in a play which entailed the story of a mother and her child. This endeavour brought us a lot of attention. I co-founded the theatre company with my sister, Romy and in our offices, we are also multi- practical. I mean we all work together on all positions, discuss and act collectively.

What do you consider your distinctive element?

I am not sure. I would say innovation and patience. We like to work on artistic products that connect ideas and people. I recall the project we worked on: “Common Carnival”, in which new and old Maastricht citizens met around collectively designing and re-designing the old carnival tradition. The initiative won the Dutch Charlemagne youth prize (of the European Parliament) as well as the Willem the Vliegerpenning. At the same time, we collaborate with big institutions from Belgium and Germany, so the balance between the market superficiality and the artistic and social impact is surely our unique selling point. We move between being in the international art market and making more social artistic work. Our kind of Theatre helps to this respect, because it keeps us humble. We are always starting from zero. Moving in between the neighbourhoods of Maastricht and an international level of collaborations.

We are looking forward to next year and our plan on an innovative project including theatre performances throughout the foodbanks of Limburg. We are still organising its form and we need a lot of support for such a project. The form is designed to be similar to a folk opera and also bring in people who never needed to go to the foodbank before and develop connections between people. I do not intend to play the good Samaritan on this, I just believe that art can have an impact on the way people perceive their lives. At the same time, we are working on big performances in Stuttgart, Rotterdam and Belgium. A project we find very interesting because it includes six internationally acclaimed singers and we are asked to provide theatre pieces next to their acapella performances. I am intrigued when thinking how to adapt theatrical performance on their high skills and complex compositions. We are excited to give a more personal sense to these performances that may sometimes be considered elitist by some. We feel that our theatre company is mature enough to evolve without becoming a commercial institution. We are working and designing our way to become a platform for the incubation of new ways of producing theatre and opera, by the use of technology and innovation. It is all based on balancing evolution while staying loyal to your values.

Time is the answer. Pace. We personally allowed ourselves the time to learn from our mistakes and to incubate our result. There are not a lot of students who come out of the Academy and fly onwards fast successful careers. The majority of us need to take our time and build our narratives, construct and organize our network, make mistakes, find out what is working for you and what is not. People want to get to the applause before they finished the show but it does not work like that. I have worked as a part-time cleaner in Vodafone and assisted elderly people and people with disabilities in the past. It took sacrifices.

What are the challenges we need to make in order to make cultural entrepreneurship more accessible?

We were not happy to do every job. It is not easy. We decided to start our company because we believe in the freedom it gives us. You need to do your own book- keeping and manage your own business but in the long term this teaches you a lot. During our first few years we were not celebrated but that’s fine. We worked for it. We took our time and we worked hard. The cultural and social environment are not facilitated by entrepreneurship but by the balance we spoke about. We had a project a few years ago in the old city of Jerusalem, where we opted for a broad social value out of it by producing theatre performances in living rooms. At the same time, we didn’t want to be naïf western helpers. And to be honest when even in our societies people do not care for each other, how can we depict ourselves as role models for others? Like when I was in the bus the other day and I was watching how many people put their bags on the next seat to avoid having someone next to them. Anyway, the project in Jerusalem even if it provided vast and good publicity and was very interesting for us, by time and exposure to the media it took a turn, and we did not totally feeling OK with. In cultural entrepreneurship one should not always navigate on the superficial outcome. But on values that will carry your work into a stable future.