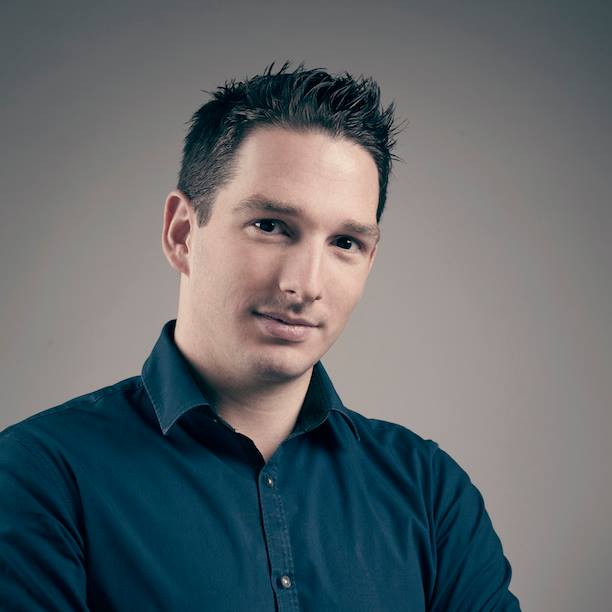 My name is Guido Franken, I was born in 1988 in Brunssum. After my VWO I went to Maastricht University, where I did one year in Cultural Science (Cultuurwetenschappen), after which I decided that I wanted to do something with film. I went to Utrecht University and I got my Bachelor in Film, Television and Theatre Sciences there. I did my Master degree in Film and Television and my topic was Dutch cinema, which afterwards remained the main focus in my professional development. In 2006 I started a website about Dutch cinema and its history. In order to prepare content for it I got in touch with many directors, actors and producers. In 2011 I was working for the Dutch Film Festival (Nederlands Film Festival), and there I met Elbe Stevens, who then just founded Cinesud. A couple of months later he asked me to come back to Limburg and from January 2012 he handed over the Cinesud Foundation to me. From that moment on I’ve been developing all kind of projects related to the film industry in Limburg and the surrounding regions, with the help of the working field and a lot of partners.

What would you consider your distinctive achievement?

For me personally I think it’s that I can get a living out of my passion. When people ask me what I do and I respond I’m doing something with film a lot of them see it as a hobby and not a serious kind of job. Especially when I just started I noticed they didn’t take it seriously.
I think when you follow your passion you will always manage to reach your goal. So that’s personally my biggest achievement: believing in my own passion, following my heart and becoming what I want(ed) to be, while a lot of people thought I would never be able to achieve it.
More in general there is the fact that we’re now building a whole new film industry and film climate in Limburg. Since three years ago many things have changed in the film industry here. I’m very proud of what we all achieved, with all the members of Cinesud and with all our partners, the Province, municipalities, and so on. We’ve just established the Limburg Film Fund, the first regional fund in the Netherlands. It will make it possible to produce around 15 movies a year, which I think is a really great achievement and gives a lot of opportunities for a lot of talented people.
Some people even call our Province “Hollywood on the Maas river”. I think that’s maybe a bit exaggerated and not something we should aim for, but I do believe that here in Limburg we can really add something valuable to the Dutch – and hopefully within a couple of years also the international – film industry. We’re close to Belgium, Germany, even to Paris, so we have a whole new area, which has a natural potential for those who want to co-produce movies within a very close distance to the partners. Nowadays co-producing is very important, so this international character of the area is very valuable and can add something dynamic to the industry. We have a lot of talents, thanks to all the academies and universities, we are creative, and we have a good infrastructure needed for films. Also, we have a lot of authentic stories here in Limburg that haven’t been told yet. Stories that are different from the so-called elite “grachtengordel”-dramas, which some people find so typical for the rest of our country. And of course, last but not least, we have a great variety of stunning locations.

The Limburg Film Fund has just been installed. People can submit their proposals from 1 March on. Recently I have been appointed as Limburg Film Commissioner, so in general I am the first person people talk to if they want to apply or produce something in our region. I have to promote the region and its funding options, its talents, its locations … everything. So I’m really curious and excited about all the people I’m going to meet and about their ideas. I will have a chance to help a lot of talents to get their plans realized, and to facilitate their professional development by guiding them, by helping them to get all necessary permits for shooting a movie, etc. It’s what we were doing already but now we can take it to a new level. What’s also important is that if people from outside Limburg who want to make a movie in the Netherlands need local cast, crew, facilities or other film related things, I will be able to help them finding all those things here in Limburg. I’m looking forward seeing how the industry grows and how talented people can find brand new opportunities and become our stars of the future.

When I started my studies I did also one week of economics. I was doubting: should I do what I love or should I do something pragmatic? I decided to check the “pragmatic” option and after just one week I knew it was completely not for me. That’s for me an example proving that you should always follow your passion. Maybe sometimes it’s hard and not always going the way you want, but it will always end up well. After all the struggle, it will take you where you want to be.

People who are doing something in the cultural field have to make their living out of it, so in essence they are and they have to be entrepreneurs. However, they always have to prove themselves ten times more than those who work in any other sector. For example, film: when you shoot a movie you bring a lot of money to the region, you create jobs (on the short and the long term), and so on. But why then do we have to prove it so much each time we start planning a new movie? I think it’s more the mindset of people who are on the other side of the table, not us, not those who do cultural things. They have to change their mindset and realize that we ARE entrepreneurs. Maybe they think what we do is not serious, is more of a hobby. But we are entrepreneurs, every day, from very early till very late.