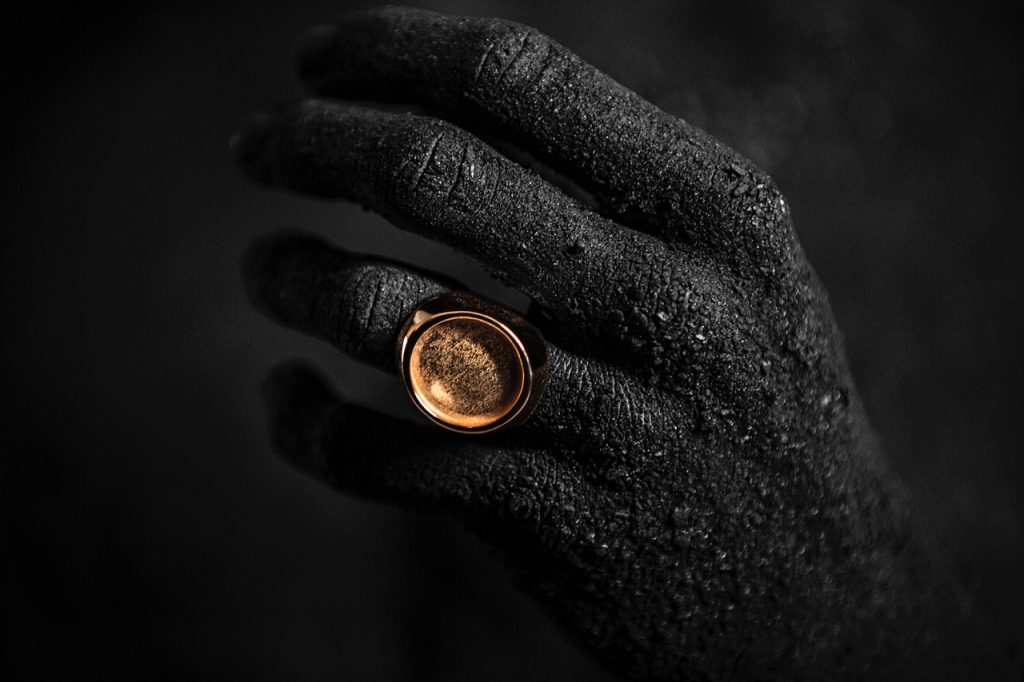 My name is Gabriel Guevara, but you can call me Gab. Originally from Mexico, I’ve spent a fair part of my youth travelling through Mexico, Middle America and Europe. That much travelling did leave a huge impact on me and I think it wouldn’t be exaggerated to state that it made me who I am. Besides that, growing up by the sea (in Playa del Carmen, Mexico) made the ocean the love of my life, and the beach the place of optimal composure. Therefore, the sea represents for me complete serenity, and the place I would eventually call home.

That being said, some info on my entrepreneurial background: after a first attempt to study fashion marketing in Amsterdam (I realized soon enough it boiled down to economics, which was not so much my cup of tea at that time), I returned to Maastricht where I studied at the Academy of Fine Arts and Design and graduated in 2011 with a bachelor in jewellery design. During graduation I applied for the Royal College of Art in London, to which I was admitted, only later I realized I didn’t feel much to continue on studying. Suddenly, I felt  that I had enough knowledge to start my own label, and doing a master (no matter the quality and status of the institution) would be synonymous of procrastination. After gratefully declining the RCA, it still took me half a year to decide whether I wanted to move to London, since I was still attracted to the city, or to stay in Maastricht. The urge to travel took me first back to Mexico for a month, and after returning I somehow had achieved the clarity to decide to stay. Besides the obvious fact that most of my friends, my mother and sisters lived here,

I was convinced that Maastricht offered enough possibilities to start what I wanted. And if it didn’t work out I still could leave.

So, with the eventual help from Rob Truijen from Caramel, who developed the corporate and graphic identity, in 2012 the label GABRIEL+GUEVARA was born. One of the main reasons for choosing this name is the fact that I interpret jewellery as a mentality first, and second as a discipline. This was the result of studying product design first and later switching to jewellery, because I aimed to ascribe the characteristics people usually associate with jewellery, to everything I would do and make.

So whether it’s cooking a meal, forging a ring, organizing an event or building up my atelier, it’s all jewellery for me. And this differing manifestations of the same ideal is what could be seen as the symbolism behind the ‘+’ in the name.

What do you consider your distinctive achievement?

I suppose acknowledging a certain degree of failure. In other words, learning to stop trying to achieve and to worry about perfection. I believe it makes space for growth and process, and that perfection does not exist. Perfection, I believe, is in this world no more than an approximate, a vestige and an illusive manifestation of its originate concept.

As an artist of maker, my greatest strength equals my biggest flaw, which is that I tend to overthink almost every minute detail of the whole. I love to read and to philosophise, since I aim in life to find answers to primordial questions such as what we humans are, what reality is about, and how the laws of this and other dimensions work. My interests extend from science to mysticism and philosophy to history, because I see the same red line running through them all, albeit in parallel ways. You could say that I’m theoretically and conceptually overactive and obsessive, and my hands struggle to keep up with my brain. Not that I have such a high regard for myself, but it’s exactly this tendency that sometimes still keeps me from actually doing stuff. Learning to let loose and to trust in the fact that the conceptual and the material counterparts have their own way of coming together, is therefore one of the most important lessons I’ve learned. And this doesn’t apply only to making things, but to life in general.

When I started in 2012 I actually never made a five-year-plan, a business plan or anything of the kind. I suppose I fit rather more in the category ‘entrepreneurial person’ than in ‘entrepreneur’. I just started with one model I had and build up from there, trying to find meaning and a place within the luxury industry, which inextricably is related to jewellery and fashion. Within that frame, I’m very grateful for the people that have helped me grow as a brand, and who believe in me or just plainly like what I make. Two years ago a burglary almost pushed me to corporate bankruptcy, and it was then that I noticed I had lost myself in the process of building up a brand, with which I mean that I was out of touch with my creative urge. The artist in me, of creative director if you prefer, was left on the side line and craved to be heard. That’s when I started to focus again on more artistic ways of expression, which so far has led to the development of three new ‘collections’, and to collaborate with friends on a more frequent basis. So concluding, at this point I look forward to further develop these artistic aspects, which are more related to my (philosophical) aims in life, and which are a necessary counterpart to my more commercial work, even though these have a philosophical/contextual root of their own.

Then there’s Peace Stone Studios, a collective that four very good friends and I form, and its associated showroom, which we started half a year ago. Besides a stand during FASHIONCLASH this summer, there are some other projects cooking up, which I very much look forward to as well. The people involved mean a lot to me, so I’m always happy to collaborate with them whenever the possibilities emerge.

In general though, living in a city based around a river, I look forward being in the sea again. I always crave back to the sea.

Use your inner voice. The roads less travelled, are always the paths of choice.

Work your ass off, creation does not happen by itself, it’s always a process, and every step you take or don’t take contributes to the whole. Treat people, especially those you work with, with kindness, because you want them to work hard and care about what you are building together. However, in order to get things done, sometimes you need to be mean, in the sense that you absolutely need to be honest, direct and let people know when something is unacceptable, or they’ll keep doing it which will lead to resentment and bad atmosphere and relations. As earlier stated, a degree of ‘acceptance of failure’ makes space for ambition and growth, and most importantly, eliminates self-doubt. Even if treated with disrespect, learn from other people’s failures, hold your head high, your shoulders back, and return the gesture with dignity, discretion and respect. Refusing to stumble will make the trolls look stupid and eventually phase out, leaving the people with which mutual trust and respect is shared; which, in turn, breeds the best relationships and confidence.

Regarding cultural education, I feel the ‘entrepreneurship’ is left completely out of the curriculum, even though you’re expected to be the next big thing after graduating. Just like usually there is guidance and stimulation concerning the conceptual and artistic development, I feel the same should be considered toward economic and entrepreneurial development, if the academy expects it afterwards. In which way exactly I leave it to the specific institution, since every one is a different context.

Regarding governmental and municipal institutions, I feel the ‘cultural’ is left mostly out of the vision. Not everybody thinks like an accountant or banker, but most of us are trying to actually make a living, not to depend on unemployment benefits from the state. I’m personally not a fan of depending on cultural subsidies, but a certain amount of facilitation (whether it’s housing, workplaces, or else) without the urge for control or categorisation is what I mostly lack in my and other cities. It might sound harsh, but I have the idea cultural entrepreneurs are often seen as disposable range chickens which might be allowed if they fit the pre-fabricated image a city chooses to have. Unless they appear to lay (metaphorical) golden eggs of course, then they’re all of a sudden swans, and toucans and flamingos. All good and well, but no bird flies the same.

Last but not least, for my fellow cultural entrepreneurs themselves I will finish this cup with the slogan from Nike (the sportswear brand, not the Greek goddess of victory, although it would suit her well): “JUST DO IT.”