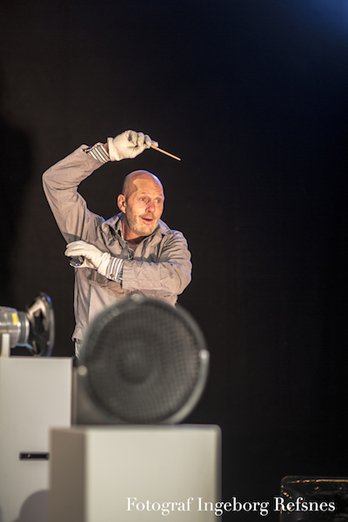 Can you tell us a little about yourself?

I’m Etienne Borgers, I’m 52, I was born in Maastricht, when I was 4 I moved to Stein, a little village nearby. When I was 18 I decided to move to the west, to study at the Conservatory of Rotterdam. After my studies I was a singer with a professional acappella group, that toured all over Europe. After 7 years I got fed up with this and I started making musical theatre performances for children, which I’ve been doing for 15 years now all over the world. Two years ago I moved back to Maastricht and I’m finding my way here. I’d like to get contacts and work in the region.

What will you consider your distinctive achievement?

That’s a difficult question for me, because there are many things I’m looking forward too… Maybe it’s easier to say what I’m hoping for, which is to find my way here. I’ve recently made a new performance which I am now performing in Norway for nearly four months. It is a story based on my very personal experience. I would like it very much to be successful in the Netherlands, Belgium and Germany too.

Which advice would you give to the young professionals?

If you want to do the same as me, it is very hard…  It’s almost impossible to be an independent artist – performer (and making a living out of it ), working for children in the Netherlands. The government decided that there should be structurally funded groups making theatre for children in the Netherlands. These groups have convenants with theaters and schools, and this nearly fills the whole market – there is almost no space left for independent artists.

What are the challenges that we need to overcome to make ‘cultural entrepreneurship’ more accessible?

I think there is a serious problem in the Netherlands at the moment. It is a contradiction to want to leave everything to the free market and on the other hand disturb this free market by giving advantages to certain groups. I think it is good that there are companies that are structurally funded, but the balance as to where the money goes and the balance in what children get to see at schools and theaters is very much disturbed nowadays.